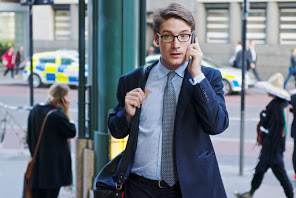 Do you enjoy the ‘thrill of the close’? Do you consider yourself an expert in decorative building products?  Do you prefer to meet with business owners face-to-face?
We are seeking the “best of the best” for this outside sales rep opportunity. If these traits describe you:
• Performance Driven
• Highly disciplined with ability to work within a structure
• All about effort and activity
• A strong desire to be in the field hunting for the next sale
• Have the drive to succeed in a performance-driven b2b outside sales environment
• Excellent interpersonal communication skills & persuasive abilities
• Strong capacity to put new business development first
• Excellent work ethic with the ability to work autonomously, plan and organize your day
• Intermediate technical skills: computer, social media, design programs

You will receive:
* Base salary and UNCAPPED commissions that will put you close to $90K right out of the gate.
* Excellent benefit package
* Home office set up with all the amenities – cell, lap top, fax

So, if you enjoy the satisfaction of working for a strong American brand in the decorative building product arena – with moderate experience selling products like: kitchen cabinetry, counter tops, flooring, doors, windows or other interior architectural products – we want to talk to you. Call Brian at 641.243.8353.

What The Heck Was I Thinking? 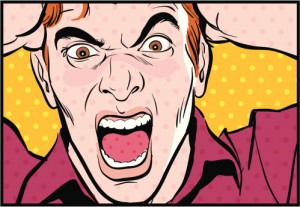 The Counter Offer Trap
True story – In my rookie year of recruiting, my candidate received a great offer from one of my best clients and accepted the offer within 24 hours.  Right before he was to give notice we reviewed the “Counter Offer” trap and he was sure that there would be no counter offer. He was ready to move on. At least that is what he said.  A few days after my candidate gave his notice, he called to tell me that his company had offered him that promotion of a life time – the promotion he had wanted for years. His company was relocating him and his young family from Portland to Boston. Three months later I got a call from that candidate. His company had moved him from west coast to east coast and before he got his household good unpacked – they fired him. New boss, new strategy, new direction, new leadership. What a nightmare for him and his family!!! He remembered our conversation about counter offers and expected that I would never work with him again, but wanted me to use his story when I talk to candidates about counter offers. So he became the poster child of reasons not to accept a counter offer.

So, if you ever receive a counter offer, consider these things before you say yes:
• If you are offered more money and a promotion AFTER you have given resignation ask yourself, “Why wasn’t I worthy of a raise or that promotion before I gave notice?” Is this an advance on your next raise?
• Remember that companies prefer to part ways with you, not the other way around.
• Once you accept a counter offer, you are also considered “disloyal” to your company. The next time there is a layoff, your name will be on that list.
• In fact statistics show that four out of five people who accept counter-offers are gone within the year, or like my candidate get fired before the household goods are unpacked.

Advice before you give your notice – take charge of your resignation.
• Resign in writing and hand it directly to your boss.
• Tell your boss that you have given this new opportunity a lot of thought and you believe this is best for your career, and your family.
• Don’t share a lot of detail about the new opportunity. That only gives your boss insight into how to sway your decision if they are so inclined.
• Tell your boss that you appreciate what you have learned from him.
• Let your boss know that your decision is final.

Your decisions to make a career change need to be well thought out and logical, not based on emotion. Make sure you are making a sound decision to leave your current company based on what is best for you, you career advancement and your family. 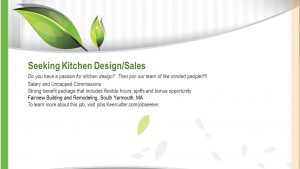 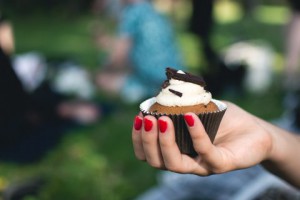 If you are in sales, your company probably runs sales contests to motivate you to sell more, right? They probably don’t have deep pockets to send you and your family to Hawaii, but they do what they can to show their appreciation for your efforts.  But when they put a contest together , does that contest really work for you or do they miss the mark? Do they ask for your input? We’d be interested to get your perspective and fresh ideas. Here are few prizes that Keercutter has heard are offered to by companies to their employees:
• Virtual or flexible hours
• Front row parking
• Gym membership
• Pay for child care
• Gas or gift cards

What has your experience been? What would motivate you to win?

What is the PERFECT Format for a Resume’ Anyway?

0110000 At Keercutter, we wade through hundreds of resume’s a week. Many are well written, in an easy-to-read and understandable format, but many of them also make me wonder. We see: • Resume’s that cram 20 years of work experience into one page • Resume’s that separate their accomplishments from the company, so that there […]

Do Your Homework First

0000000 You are thrilled to land this interview, right? It seems to be the perfect fit – the perfect company. But, do you really want this job? Keercutter can tell you that the hiring manager will want to understand WHY you think you are that perfect match. So what do you do first? Don’t pick […]

Hey All You Rock Stars Out There

Looking for VP of Operations for Millwork